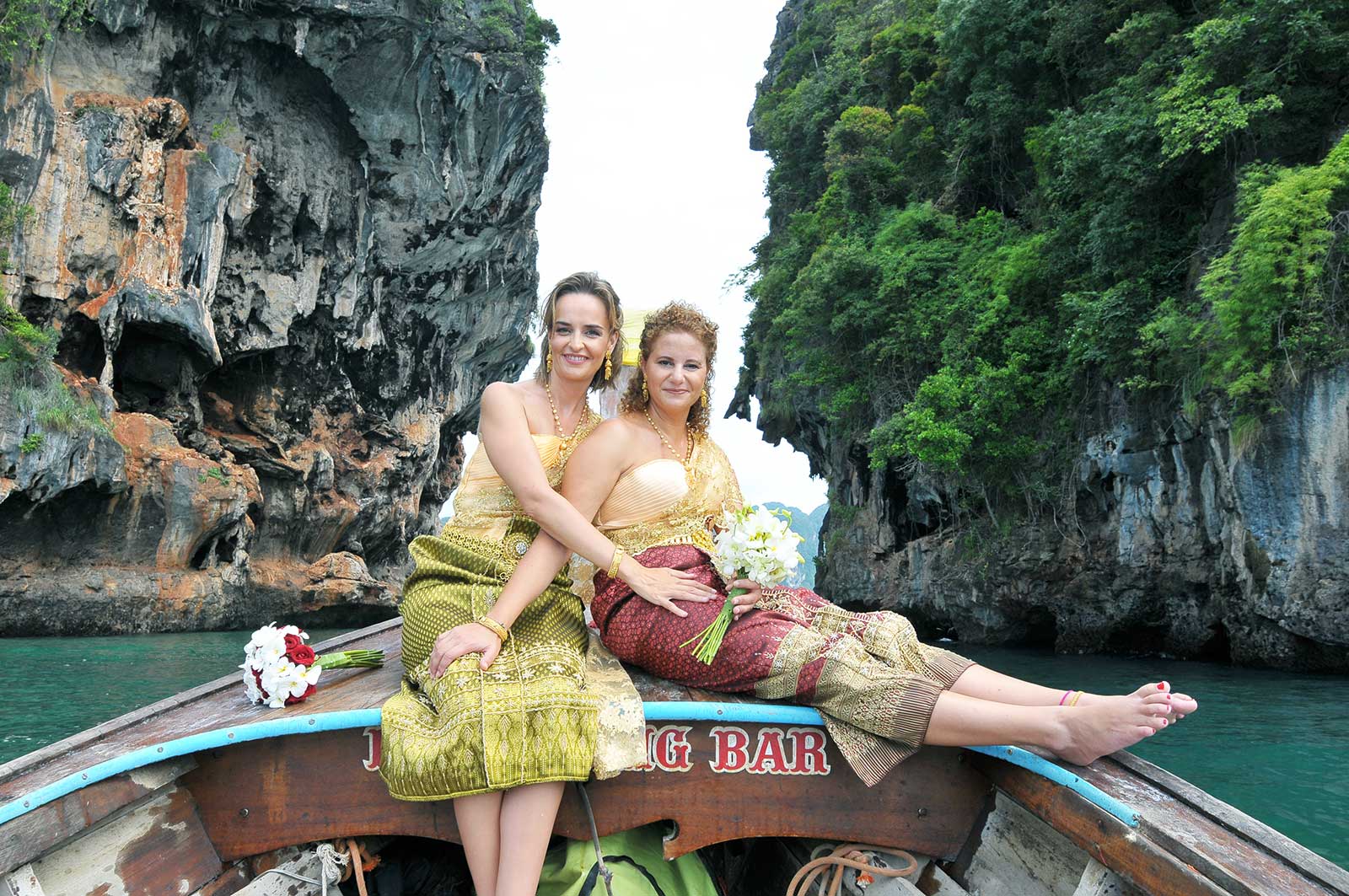 Same-sex marriages can be performed in a secular civil ceremony or in a religious setting. Various faith communities around the world support allowing same-sex couples to marry or conduct same-sex marriage ceremonies.

Your wedding day is one of the most specials days in your life at Thailand Wedding. We sincerely believe that it should be made special to your specific preferences and the dream you have in mind. And the way we do this is through our personalized and professional services.

Church of Sweden, Quakers, U.S. Episcopalians, the Metropolitan Community Church, the United Church of Christ, the United Church of Canada, Buddhism in Australia, Reform and Conservative Jews, Wiccans, Druids, Unitarian Universalists, and Native American religions with a two-spirit tradition, as well as various progressive and modern Christian, Muslim, Hindu, Buddhist, and Jewish groups and various minor religions and other denominations.

Studies conducted in several countries indicate that support for the legal recognition of same-sex marriage increases with higher levels of education and that support is strong among younger people.